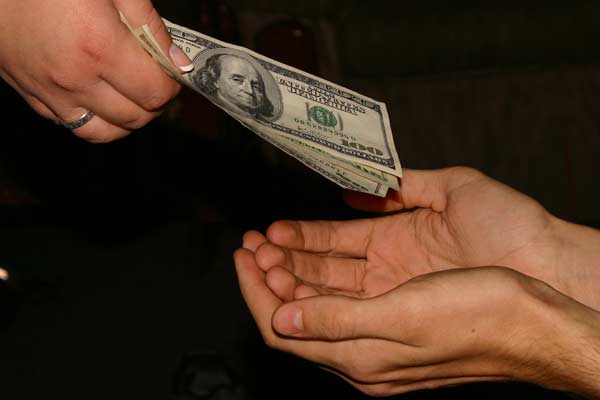 Assalamu Alaikum Wa Rahmatullah Wa Barakatuhu our Ameer, may Allah elevate you and bring victory to this Ummah by your hands.

If I may, I have two questions:

The first: In your Answer to the Question to a brother regarding stocks, you said in the Answer: If you give authority to your mother who is kaffir to sell the shares after you learned that they (stocks) are forbidden, in a certain period, then you must dispose of the profits of your shares in this specific period by spending them in the interest of the Muslims. What is the evidence that he should put it in the interest of the Muslims as long as he is not the owner of this money in the Shariah, how is it allowed for him to dispose of it?

The second question: I work in the field of selling vegetables as a peddler. I buy from the market that is about forty kilometers away from me. Sometimes I find a blemish in the commodity … It is customary that if the owner of the discount shop or the so-called “retailer” is asked to return an item because of the blemish, he will reduce the price of that commodity.  If I returned the item on the same day, the transport costs would probably cost me more than the price. Is this indemnity i.e. the difference in the prices of the not defected and defected commodities, discount that we are asking forbidden to take?

First: The answer to the first question on the disposal of Haram funds:

1- It seems that you were confused and assumed that our statement: “you must dispose of the profits of shares during these five months and use it for the benefit of Islam and Muslims.” meant charity, that is, that the man will get a reward in placing it in the interests of Muslims, but the issue is not so, we said “dispose of it”, that is, as if you have unwanted things in your home and you want to get rid of them, you undoubtedly take them and put them in the right place, that is, you do not take these items and throw them in the streets and say that you got rid of them, instead you will take them and dispose of them where it is suitable for them, and this means you will choose a place for these unwanted items without harming anyone and will choose the most appropriate place, isn’t that so. It is not reasonable to take these excesses and throw them in the way of people and cause them harm.

That is why we said that he should disposed of it and place in the interests of Muslims, and he must not take this money for example and throw it to the ground, or put it in the garbage container! My brother Yusuf, he must dispose of it in the most suitable place. But it is not charity that he is rewarded for. Ahmad extracted in his Musnad from Abdullah Ibn Mas’ood that he said, the Messenger of Allah ﷺ said: «… وَالذي نفسي بيده…لَا يَكْسِبُ عَبْدٌ مَالًا مِنْ حَرَامٍ، فَيُنْفِقَ مِنْهُ فَيُبَارَكَ لَهُ فِيهِ، وَلَا يَتَصَدَّقُ بِهِ فَيُقْبَلَ مِنْهُ، وَلَا يَتْرُكُ خَلْفَ ظَهْرِهِ إِلَّا كَانَ زَادَهُ إِلَى النَّارِ، إِنَّ اللَّهَ عَزَّ وَجَلَّ لَا يَمْحُو السَّيِّئَ بِالسَّيِّئِ، وَلَكِنْ يَمْحُو السَّيِّئَ بِالْحَسَنِ، إِنَّ الْخَبِيثَ لَا يَمْحُو الْخَبِيثَ» “… He who my soul is in his hand … a slave who earns money that is Haram, and spends from it will not get the blessing on it, and he will not be rewarded for giving from it in charity, and he what he leaves behind will be his provision for Hellfire. Allah does not erase the bad with the bad, but He erases the bad with the good. Evil does not remove evil.”

2- For further information, it was clearly narrated by some of the fuqaha that a person should spend Haram wealth according to the Shariah. They quoted as evidence what was narrated from Asim ibn Kulaib from his father about a man from the Ansar. He said: “We went out with the Messenger of Allah in a funeral, I saw the Messenger ﷺ on the grave advising the undertaker: widen before his legs, widen before his head, when he came back, he was received by a woman’s servant, and brought food, and he placed his hand on the food and the people followed, they ate, our fathers looked at the Messenger of Allah ﷺ while he was chewing a bite, he ﷺ said: «إني أجد لحم شاة أخذت بغير إذن أهلها» “This is a sheep’s meat taken without the permission of its people”, so the woman said: O Messenger of Allah, I sent to the Baqi to buy me a sheep, but he did not find one, so I sent to my neighbour -who bought a sheep – to send it to me for its price, but it did not happen, I sent to his wife, and she sent it to me, he ﷺ said: «أطعميه الأسارى» “Give it to the captives (feed them).”)

In other narration, the word used was more comprehensive than the word of the interests of the Muslims; they spoke regarding the areas of charity spending generally, such as: Giving it to the poor or building mosques because these things are areas of charity spending. This is the opinion of Hanafis: It was narrated in Hashiyat Ibn ‘Abidin (3/223), and Al-Maliki’s in Al Jami’ Li Ahkam Al Qur’an by Qurtubi (3/366).

Some scholars said to “spend it in the way of Allah” i.e. “Jihad”. It is one of the views of Shaikh Al-Islam Ibn Taymiyah, where he said in the “Majmoo’ Al-Fatawi”(28/401), (even if the man had obtained Haram money by his hand and could not return it to its owner for not knowing him, and so on… then he should spend it in the way of Allah, this is where it should be spent. The one with many sins the greatest remedy is Jihad; and the one who wants to get rid of Haram and seek repentance but cannot give back the money to it owners, then let him spend it in the way of Allah on behalf of its owners, because this is the way to good deeds that will be his salvation due to the reward of Jihad…). And there are many other narrations.

Secondly, the answer to the second question about your work in selling vegetables, and this is the text of your question:

I work in the field of selling vegetables as a peddler. I buy from the market that is about forty kilometers away from me. Sometimes I find a blemish in the commodity … It is a custom that if the owner of the discount shop or the so-called “retailer” is asked to return an Item because of the blemish, he will reduce the price of that commodity.  If I returned the item on the same day, the transport costs would probably cost me more than the price. Is this indemnity i.e. the difference in the prices of the not defected and defected commodities, or discount that we are asking forbidden to take?) End of quote.

The answer is that this is explained in “The Economic System in Islam” in the chapter of “Deceit in Trade” (English version, page 210/ Arabic version p. 193), it states:

(…A Muslim is not allowed to deceive in the commodity or the currency. Rather he has to show the defect in the commodity, and explain the forgery in the currency. He is not allowed to deceive in the commodity so as to circulate it or to sell it with a higher price. Nor is he allowed to deceive in the currency so that it would be accepted as a price of a commodity. This is because the prohibition of the Prophet ﷺ regarding that was decisive. Ibn Majah narrated from `Uqbah ibn `Amir from the Prophet ﷺ that he said: «المسلم أخو المسلم، ولا يحل لمسلم باع من أخيه بيعاً فيه عيب إلاّ بيّنه له» “The Muslim is the brother of the Muslim, and it is not allowed for a Muslim to buy a faulty thing from his brother without him being shown that fault.” Bukhari narrated also from Hakeem ibn Hizam from the Prophet ﷺ that he ﷺ said: «البيّعان بالخيار ما لم يتفرقا، فإن صدقا وبينا بورك لهما في بيعهما، وإن كتما وكذبا محقت بركة بيعهما» “The two traders (the seller and the purchaser) have the choice (to conclude or cancel the deal) before they departed (from each other). If they were honest and explained (the commodity and the currency) their sale will be blessed. But if they hid (the defect) and lied (to each other) the blessing of their sale will be eradicated.” The Prophet ﷺ also said: «ليس منا من غش» “No one of us is allowed to deceive”, as narrated by Ibn Majah and Abu Dawud from Abu Hurairah. And whoever earned something through deceit and cheating would not (legally) possess it, because deceit is not one of the means of ownership, rather it is of the prohibited means, and thus it (the thing obtained by deception) is a prohibited and illegal (Suht) property. The Prophet ﷺ said: «لا يدخل الجنة لحم نبت من سحت، النار أولى به» “Any (human) flesh that grows from illegal (suht) property will not enter paradise, then the Hellfire deserves it more”, narrated by Ahmad from Jabir ibn Abdullah. If fraud occurred, whether in the commodity or the currency, then the cheated person has the choice either to dissolve the contract or to carry it out, without more options. So if the purchaser wished to keep the defective commodity and take the indemnity i.e. the difference in the prices of the not defected and defected commodities, he has no right to do so, because the Prophet ﷺ did not allow the taking of the indemnity; rather he gave the choice between two matters: «إن شاء أمسك، وإن شاء ردها» “If he wished he could keep (the commodity) or return it back”, as narrated by Bukhari from Abu Hurairah.)

Therefore, if you find a defect in the commodity after purchasing it, then you have the option either to return it to its owner and take what you have paid for it, or to accept it … but you can not accept it and take the indemnity i.e. the difference in the prices of the not defected and defected commodities. As for the long distance between you and the market that you bought the items from, it does not affect the ruling. As in the Hadeeth, you have only one of two things: «إن شاء أمسك، وإن شاء ردها» “If he wished he could keep (the commodity) or return it back”, (as narrated by Bukhari from Abu Hurairah). 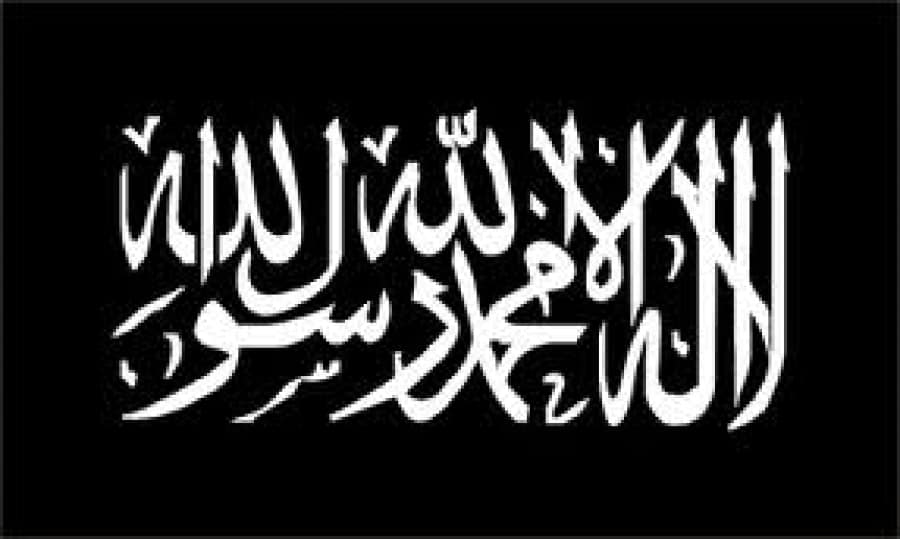 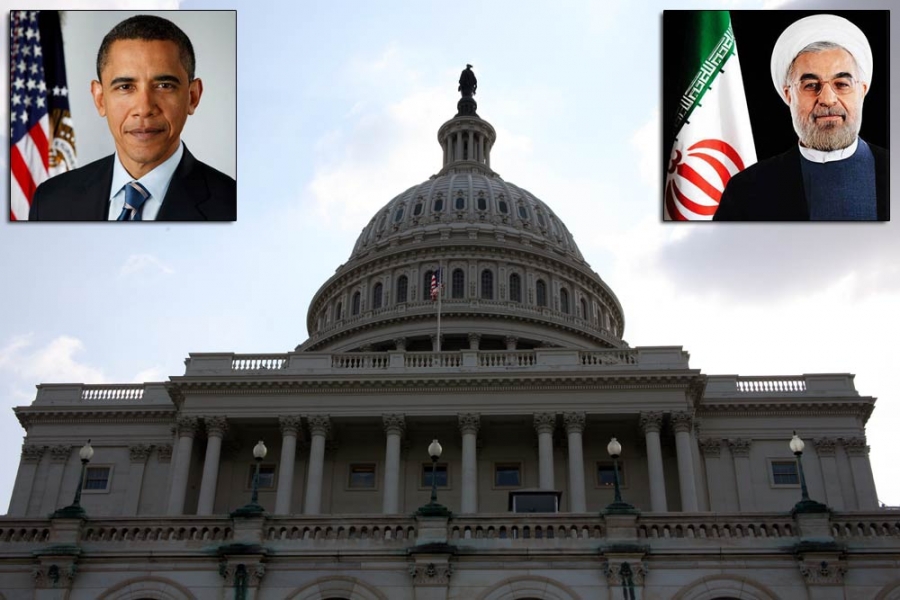