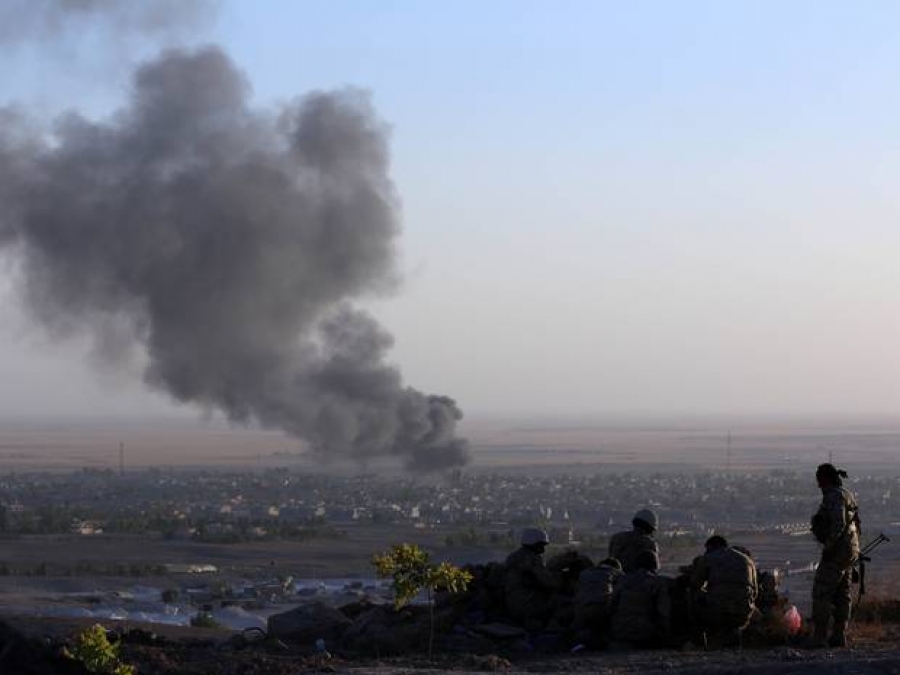 There have been recent news reports of American aircraft carrying out air raids on some sites controlled by the IS organisation in Northern Iraq. Statements by Obama and some American officials were issued explaining that this measure was taken for humanitarian reasons and from fear of genocide and such talk. Although there were tougher and worse massacres that have taken place in Syria, but America did not intervene, even in Iraq massacres have occurred in Anbar and Fallujah, yet America also did not intervene which means that the motive of humanitarian and the like is not a convincing reason for the American planes raids in the north of Iraq. This can be understood from the track of events… the question is: If this understanding is correct, and that this is not the reason for the raids… then I wish if possible to get an explanation for the real reason that you see according to your political analysis of current events, and May Allah reward you with the good.

1. Yes, as you mentioned the reason is not humanitarian motives, this is true, he who follows the actions of America and its interventions finds that the humanitarian reasons are far from it; this is pronounced in its crimes in Iraq and Afghanistan, and is clear in the incidents of torture in Abu Ghraib and Guantanamo… and this clear in its relations with Myanmar despite the massacres and tragedies and genocide of Muslims there, and despite that America did not take any measure to hurt let alone bothers the authority of Myanmar… On the contrary, it has increased its economic relations with it; the record of American crimes in this area requires pages and pages.

2. America since its occupation of Iraq in 2003 continues to work to create Iraq’s disintegration; the Constitution that Bremer placed on the sectarian basis and schools of thoughts has put quotas for sects and school of thoughts. He split it between the President and the head of Parliament and the Prime Minister, and because the prime minister is the one who has the executive power, and because Bremer made it a sectarian position it became a post of provocation and incitement for the other components, and this resulted in the actual division of Iraq: the Kurds in the north-east, and Sunnis in the west and north, and the Shiites in the south and Baghdad is between these sections.

3. The manuscript of the constitution itself states that the government is federal over regions, and the powers of the regions are strong. Therefore, America has succeeded in creating the circumstances for the dismantling of Iraq into three regions, and each region is to solve its problems rather dispute internally without involving other regions in the conflict. America proceeded down this road and even though it has prepared a security agreement that regulates the regime in Iraq after its military exit in 2011, it has identified security in the way it understands in the context of maintaining the division of Iraq with a fragile bond with the centre as steps on the road to the final division in the future, if it was possible. Accordingly, the security is understood in this aspect, i.e. the transgression of one region over the other and not the violations by the components within the region itself.

4. Therefore, there is no breach in security that calls for its intervention if the Sunnis’ problems are confined to their region, or the problems of the Kurds are confined in their region, or the problems of Shiites are confined in their region, as long as Baghdad remains accessible to all three regions yet linked by a fragile bond. Accordingly, if a region trespassed the territory of another, this is deemed a breach in security which calls for its intervention under the pretext of the security agreement, and if the region transgressed to the center, “Baghdad”, it is considered a breach of security and cause of its intervention… Thus it proceeded with the security agreement with Iraq when there was only a region for the Kurds… then in recent years it began to effectively set the stage for the rest of the regions: Sunni and Shiite regions… This required underhanded preparation to create enmity between Sunnis and Shiites to create a strong dissonance between them, and its discriminatory creation of a sectarian Maliki, provoked and incensed others, making the atmosphere ripe for division, and regions. He has succeeded in this role for Maliki had planted enmity with Sunnis and Kurds until the division of Iraq became the demand for the majority of people… Maliki has succeeded in creating this animosity and in priming the atmosphere for the regions and its divisions, which is the main task of the prime minister that America hired him for to implement… lt seems that today it reached its objective. Maliki created an atmosphere of hostility among the people in Iraq, and his role has ended, and the need became for a quieter government that will exploit the atmosphere of hostility and arrange the regions or areas in a way to make them effective in their areas and semi-detached with a fragile bond with the center in a quasi-state that they call a federal state… Thus the role of Maliki has ended and he became disgraced and ejected by his master America, and even from his sponsor Iran. It seems that Maliki was surprised by this expulsion, after all that he did to serve America and its interests, and the service of Iran and its demands, he became irate and enraged. However had he been rational, he would not have been surprised by this; since when every agents’ roles are exhausted, they are tossed to the side of the road, and while some of them are honoured by their masters are thrown on stone-less roads whereas some are flung on a road with piercing stones making their bodies bleed.

5. Based on the above, America no longer considers the bloody events in the Sunni region between the tribes, IS organisation, Baathists and Naqshbandi, a breach of security, despite the massacres that occurred as long as the conflict and infighting is within the same region… and also it did not see in the arrival of the IS organisation to Mosul in 10/06/2014 or to Tikrit or any other as a breach of security nor genocide, nor violation against humanity… because the fighting was in the same region… but it considered the advancing of the IS organization and other Sunni groups towards Baghdad as a threat, regarding it a security breach, sent security experts as this was announced on Monday, 16/06/2014 CE by Psaki to her embassy in Baghdad, which is the largest embassy in the world and a headquarter of plots where malicious plots and dirty methods are concocted for aggression against humans… And then America returned on 31/06/2014 sending about 300 troops there in addition to a group of helicopters and drones, and the Pentagon decided to put American military men in a security role at the airport in Baghdad. Pentagon spokesperson Admiral John Kirby said that about 200 soldiers arrived in Iraq to enhance security at the American embassy in the Iraqi capital and to support its facilities and Baghdad International Airport, while 100 more troops are expected fly to Baghdad “to provide security and logistical support.”… They were all subsequently decreased and stopped… despite the obvious weakness of Maliki and his troops’ military situation at the time, and it was easy for those organisations to reach their goal in Baghdad if they wanted, but they took the American threatening signals seriously and backed down.

6. Thus, the bypass of American arrangements to regulate the sequence of events in Iraq is to America a violation of human rights, and fear of genocide, and a security breach that exceeds the red lines… However, it does not include the massacres being committed and rivers of blood flowing, and the atrocious destruction of human beings, trees, and stones, as long as it is in the interests of America and the implementation of their plans… therefore transgression of the IS organisation from the Sunni region and drawing close to the Kurdistan region is a threat to the region, this was a security breach to America and abuse of human rights, and genocide, as Obama said in the answer to a question in New York Times in an interview on 09/08/2014 CE about military intervention with aircraft raids in northern Iraq. He said, “When you have a unique circumstance where there is fear of genocide, and a state wants your presence there… then it will be incumbent on us to do so.” He said this at a time in which and where massacres occurred the harshest with the most explosive barrels in Syria… Nonetheless, Obama was not afraid of genocide! And therefore did not intervene against the massacres of the tyrant of Syria… but he intervened in northern Iraq for the approaching threat to the Kurdistan region, and so was his speech on Friday, 08/08/2014 CE of intervention, and the contact of his Vice President Biden with Barzani assuring him American support, and then the American raids that have followed since Saturday 9/8/2014 CE.

7. The main reason for American intervention is to prevent any attacks from the IS organisation on the Kurdistan region in accordance with the American policy of dismantling Iraq into three regions with a fragile bond with the centre without any region occupying another. They do not want the return of Iraq as one state under any one, but to remain divided into regions which will eventually lead to an actual legitimate split according to their plans; at the same time they do not see the conflict within these regions as a security breach incompatible with the security agreement which allows the American intervention.

This is the reason, and not any humanitarian motive or fear of genocide… capitalist states led by America do not hold any weight to any human or moral factor, but their issue is to spread their conspiracies and promote their schemes even if it decimates the civilization of humankind… This is the nature of the colonists Kuffar who have no mercy, but their hands are stained with blood wherever they arrive, with proofs against them by them, and woe to them from their actions.

8. In conclusion, it is painful to see the Islamic Ummah, which led the world for centuries, fall under the control of trivial dictators (Rubaidat) who have ruled with injustice on their necks. They have turned it into a platform for the Kuffar colonialists and their agents to carry out their plots and plans… The calamities and disasters have intensified on this nation since their silence over the demolition of Khilafah more than ninety years ago, the shield, who was its best protection, guardian, and sponsor have since departed, and so it was bombarded with disasters… But what alleviates this pain is this influential awakening that we see in the Ummah, it is moving today strongly, and is strongly dynamic… Then that which removes this pain, Insha’Allah, is the presence of those sincere men who carry the call day and night as they work in a pure and pious, God willing, to resume the Islamic way of life by establishing the Khilafah upon the method of the Prophethood and then the Ummah will return with the permission of the Almighty to what it used to be in glory and authority and to be truly the best nation brought to mankind. That is Able for Allah (swt) to fulfil.

“You will come to know what it is talking about after a while.'” 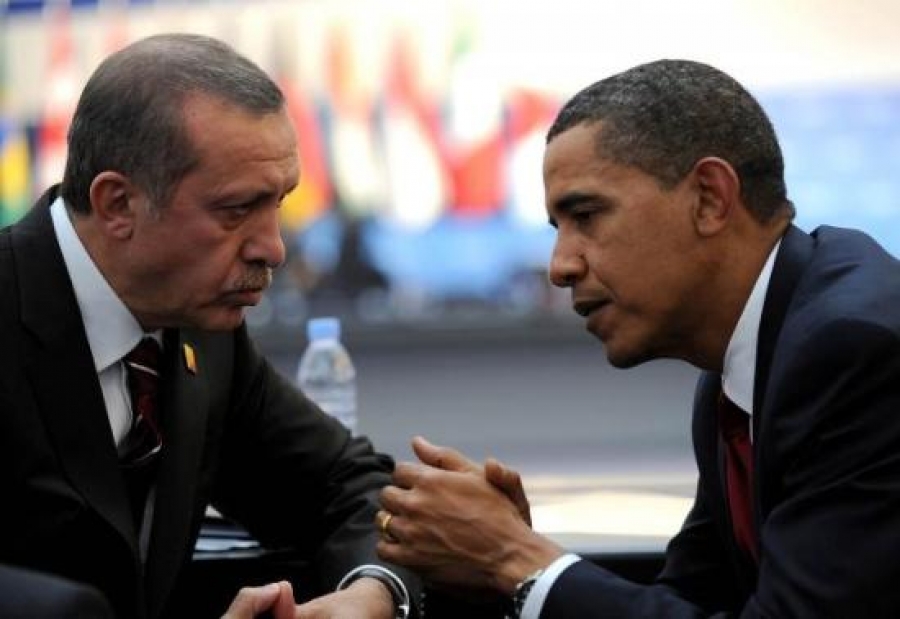 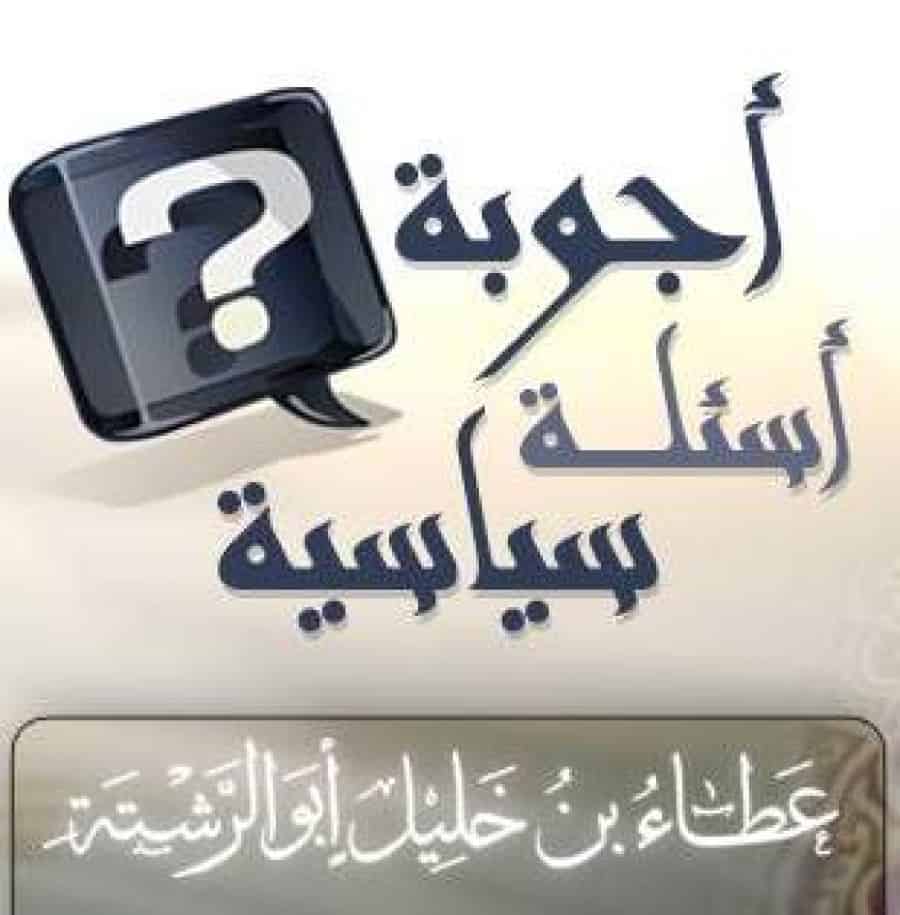 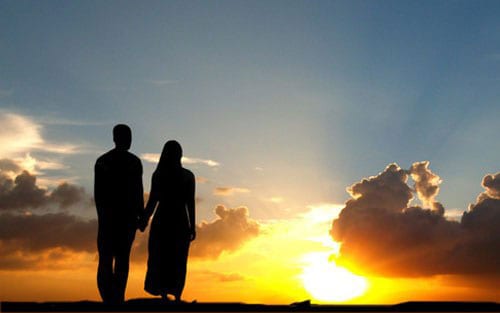 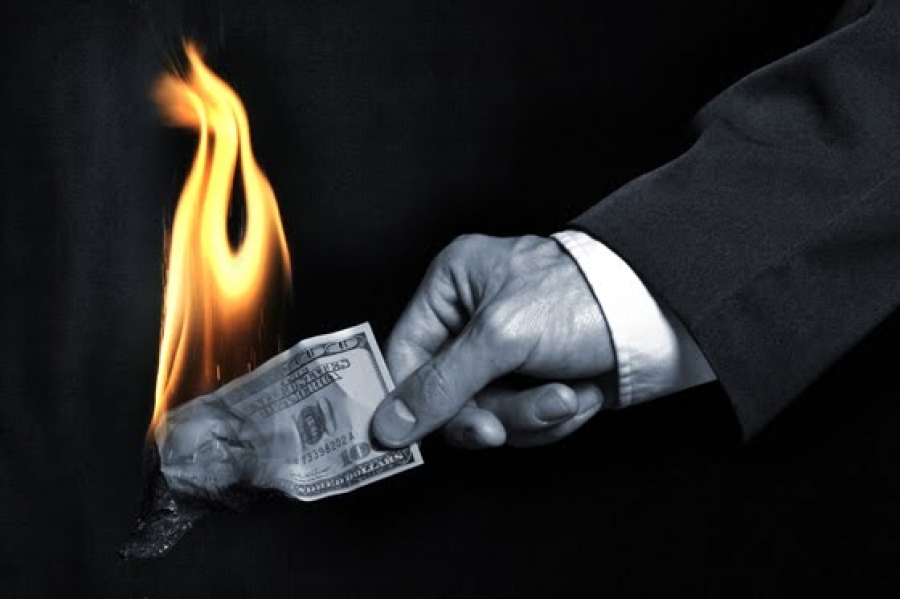