Abu Bakr (ra) is considered the greatest of the greatest generation to walk on the face of this earth. He was the first man who entered Islam. The characteristics of Abu Bakr As-Siddiq had a great influence in firming the position of RasulAllah ﷺ, since Abu Bakr (ra) was one of the nobles of the Quraysh and one of their notables before Islam. Before Islam, he (ra) used to cater for the Hujaaj and hosted the people. The people used to seek his help in their disasters and calamities. He was renowned by them for his good character and they used to love him and know him for his goodness.

He was also famous for his generosity and spending his money with openhandedness. He never prostrated to an idol (as it did not make sense to him) and he prohibited alcohol for himself before Islam.

He (ra) was given the title of as-Siddiq, “the truthful one,” because he affirmed the truth of RasulAllah ﷺ and his affirmation extended to great degrees, as it did on the morning of Isra’a wal mi’raaj (the night journey) when it was said to him, “your friend has claimed an astonishing night journey,” and he replied that if he said that, then he is truthful!

Allah (swt) characterized him as truthful when He (swt) said,

“And the one who has brought the truth and (they who) believed in it – those are the righteous.”

Abu Bakr (ra) was known for his commitment to the truth (Haqq).

The incredible characteristics of Abu Bakr Al-Siddiq (ra) as a notable amongst his people served as support for Islam and empowerment of it. Whosoever is endowed with such characteristics, his opinion holds weight and is followed by his contemporaries, his nation and his environment. If someone of such a stature believes in something, then the very fact that they believe in that becomes a guide for the people and a support of its truthfulness. For example, with the entry of Abu Dhar Al-Ghaffar (ra) into Islam, his return to his tribe of Ghaffar and his invitation for them to Islam, it was the personality and nobility of Abu Dhar (ra) that had an effect on his people such that they entered Islam. Therefore the role of such notable people is quite pivotal. So their duty as the leadership of their community – especially in the process of attempting to bring about change such that the laws of Allah (swt) are followed – is a greater duty than that of the general public, who have comparatively less influence in society.

At the same time, were such people to fall short in the work of revival of their Ummah, their sin is greater than the sin which falls on the necks of the general Muslims. The greatest Companions (ra) who had these distinctive qualities understood this equivalence and the entry into Islam of Abu Bakr, Umar ibn Khattab, Hamza ibn Abi Talib, Uthman bin Affan and Abdul Rahman bin Auf (may Allah be pleased with them all) served as support for Islam and not merely an increase in the number and multitude of Muslims.

Every Companion who entered Islam did work which distinguished him from all others. Abu Bakr Al-Siddiq (ra) was distinguished by his inseparability from RasulAllah ﷺ in giving dawah to establish Islam as an authority. He (ra) knew of the lineage and nobility of the tribes and this enabled RasulAllah ﷺ to select tribes for contacting, to offer Islam to them and ask for Nussrah for Islam from them in order to establish the rule of Islam itself.

It was narrated from Abu ibn Taghlib from ‘Ikrimah from Ibn ‘Abbas:

When Allah (swt) commanded His Messenger ﷺ to present himself to the Arab tribes, he went out, and Abu Bakr and I went with him, to Mina, where we joined one of the gatherings of the Arabs. Abu Bakr (ra) went forward and greeted them and he was known for his prominence in doing good and his knowledge of Arab lineages … Then we went to another gathering, which was a gathering of dignified and respectable people. Abu Bakr went forward and greeted them, and he said: “Who are you?’ They said: “Banu Shayban ibn Tha’labah.” Abu Bakr (ra) turned to the Messenger of Allah ﷺ and said: “May my father and mother be sacrificed for you. These are the best of the people’.

Thus, Abu Bakr (ra) did not content himself merely with entering into Islam, which many nowadays unfortunately do, where they pray, fast, pay Zakat and go to Hajj and Umrah, but spend most of their life pursuing the comforts of this temporary dunya. He (ra) spent his all in raising the Deen of Allah (swt) as the highest, offering his wealth and his very being. He (ra) did not spare anything of his wealth and effort for himself or his family. He paid ransoms for the release of many of the Companions who had entered Islam and were consequently tortured by the Quraysh. He spent such that when Allah (swt) caused his death, he did not leave neither Dinaar nor Dirham, though he was then the Khaleefah of RasulAllah ﷺ. Indeed, he (ra) is of those upon whom the saying of Allah (swt) applies:

“But seek, through that which Allah has given you, the home of the Hereafter; and (yet), do not forget your share of the world. And do good as Allah has done good to you. And desire not corruption in the land. Indeed, Allah does not like those who corrupt.” 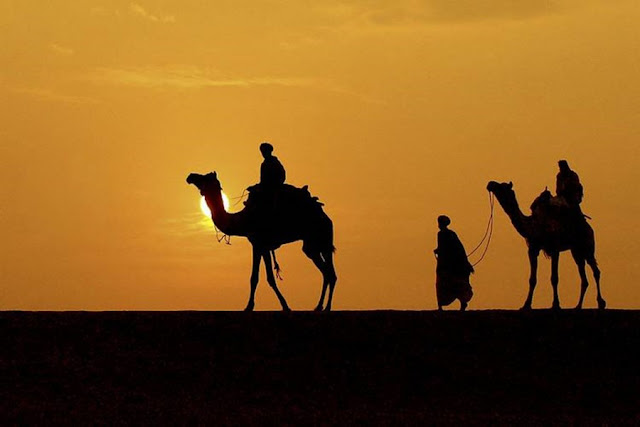 Abu Bakr provided support for Islam and served as a notable guide for the people.

Indeed, what makes people true people of influence (Ahl ul Hali wal Aqd) in society is the acknowledgement and respect of that society. It is in their capability to form and shape public opinion for Islam and therefore the role of such a group of people is to form public opinion that it is essential to change the current corrupt reality and replace it with Islam as a way of life through its comprehensive implementation. This role is one of the duties of the notables in the first place, since if they call for that then it is much more likely that the rest of the people will listen and follow them. Additionally, the notables have natural influence upon the people of power and security (Ahl ul Quwwa wa Man’a), who can take power from corrupt authorities and begin the process of placing power with Islam and those who seek to sincerely and fully implement it.

Therefore, it is the duty of the people of influence to conform to the seerah of the Companion of RasulAllah ﷺ, Abu Bakr (ra), by calling the People of Nussrah to support the advocates for Islamic change on the method of Prophethood. If they fail to do their duty, they will be sinful, incurring upon themselves not less than the sin of those who flee the battlefield, for the Nussrah for Islam is akin to fighting in the path of Allah (swt). In fact it is greater than this fighting, for the Nussrah is for Islam and the establishment of the Khilafah is the guarantor of the implementation of the whole of Islam. There is no doubt that there is great sin in such neglect for those who have the responsibility of using their influence for this purpose. Allah (swt) says:

“And they had already promised Allah before not to turn their backs and flee. And ever is the promise to Allah (that about which one will be) questioned.”

“O you who have believed, when you meet those who disbelieve advancing (for battle), do not turn to them your backs (in flight) – And whoever turns his back to them on such a day, unless swerving (as a strategy) for war or joining (another) company, has certainly returned with anger (upon him) from Allah, and his refuge is Hell – and wretched is the destination.”

Allah (swt) has made it an obligation to rule by Islam through the Khilafah. Such a goal is unattainable by an individual or a few people – rather it is through the combined efforts of all those who are sincere to their Deen, desiring the pleasure of Allah (swt) and the revival of their Ummah.

Indeed in the example of Abu Bakr (ra) there is a fine example for the influential and wealthy of the Muslim community as well as for the layman. There is undoubtedly a multitude of reasons why he is considered the greatest man after the Prophets. May Allah (swt) be pleased with him.