This is the second of a multi-part series looks at the United States’ various global machinations and exploits of third-world nations post World War II. There will be a particular focus on the explicit brutality and scale of mass murder that has been perpetrated over the decades, which many may not be aware of. You can read Part 1 here.

In Part 1 we looked at how the U.S. became a true global superpower following World War II, possessing close to 50% of the world’s wealth. There were detailed plans in place to control every area of the globe, and in particular to exploit third world countries.

In its quest of global domination and subjugation, the United States has always tried to establish relations with the military in foreign countries, as it is one of the most assured methods to overthrow a government that has gotten out of hand. This is what happened for military coups in Indonesia in 1965 and in Chile in 1973. Keep good relations with the right officers and they overthrow the government for you. The same reasoning motivated the flow of US arms to Iran via Israel from the early 1980s, according to the high Israeli officials involved, facts well-known by 1982. Most recently we saw the events which transpired in Egypt, with the removal of Mohammed Morsi and the Muslim Brotherhood follow a similar pattern. (Between 1979 and 2003, Egypt acquired about $19 billion in military aid, making Egypt the second largest non-NATO recipient of U.S. military aid after Israel. In 2009, the U.S. provided a military assistance of US$1.3 billion (inflation adjusted US$ 1.45 billion in 2017) to Egypt).

In 1964, the Kennedy administration prepared the way for the 1964 military coup in Brazil, helping to destroy Brazilian democracy, which was becoming too independent. The US gave enthusiastic support to the coup, while its military leaders instituted a neo-Nazistyle national security state with torture and repression. Declassified files reveal that Lyndon B. Johnson wanted the US to “take every step” to support a military coup in Brazil in 1964.

That inspired a rash of similar developments in Argentina, Chile and all over the hemisphere, from the mid-sixties to the eighties — legally speaking, there’s a very solid case for impeaching every American president since the Second World War. They’ve all been either outright war criminals or involved in serious war crimes.

The military typically proceeds to create an economic disaster, often following the prescriptions of US advisers, and then decides to hand the problem over to civilians to administer. Overt military control is no longer necessary as new devices become available—for example, controls exercised through the International Monetary Fund (which, like the World Bank, lends Third World nations funds largely provided by the industrial powers). In return for its loans, the IMF imposes “liberalization”: an economy open to foreign penetration and control and sharp cutbacks in services to the general population. These measures place power even more firmly in the hands of the wealthy classes and foreign investors (“stability”) and reinforce the classic two-tiered societies of the Third World—the super-rich (and a relatively well-off professional class that serves them) and an enormous mass of impoverished, suffering people.

The indebtedness and economic chaos left by the military pretty much ensures that the IMF rules will be followed—unless popular forces attempt to enter the political arena, in which case the military may have to reinstate “stability.”

The Crucifixion of El Salvador

For many years, repression, torture and murder were carried on in El Salvador by dictators installed and supported by the U.S. government. The story was virtually never covered by western media outlets.

By the late 1970s, however, the US government began to be concerned about a couple of things. One was that Somoza, the dictator of Nicaragua, was losing control. The US was losing a major base for its exercise of force in the region.

A second danger was even more ‘threatening’. In El Salvador in the 1970s, there was a growth of what were called “popular organizations”—peasant associations, cooperatives, unions, church-based Bible study groups that evolved into self-help groups and the like. This among other trivial reasons prompted on March 7, 1980, a state of siege to be instituted in El Salvador, and the war against the population began in force (with continued US support and involvement). The first major attack was a big massacre at the Rio Sumpul, a coordinated military operation of the Honduran and Salvadoran armies in which at least 600 people were butchered.

Infants were cut to pieces with machetes, and women were tortured and drowned. Pieces of bodies were found in the river for days afterwards. There were church observers, so the information came out immediately, but the mainstream US media didn’t think it was worth reporting.

Soldiers with their mutilated victims

Peasants were the main victims of this war, along with labor organizers, students, priests or anyone suspected of working for the interests of the people. In Carter’s last year, 1980, the death toll reached about 10,000, rising to about 13,000 for 1981 as the Reaganites took command.

In October 1980, the new archbishop condemned the “war of extermination and genocide against a defenceless civilian population” waged by the security forces.

José Napoleón Duarte was appointed civilian president of the junta. The role of the “moderate” Duarte was to provide a fig leaf for the military rulers and ensure them a continuing flow of U.S. funding after the armed forces had raped and murdered four churchwomen from the U.S.

That had aroused some protest in the U.S.; slaughtering Salvadorans is one thing, but raping and killing American nuns is a definite PR mistake. The media evaded and downplayed the story.

The Jesuits were murdered by the Atlacatl Battalion, an elite unit created, trained and equipped by the United States. It was formed in March 1981, when fifteen specialists in counterinsurgency were sent to El Salvador from the US Army School of Special Forces.

The Atlacatl Battalion was being trained by US Special Forces shortly before murdering the Jesuits. This has been a pattern throughout the battalion’s existence—some of its worst massacres have occurred when it was fresh from US training.

In the “fledgling democracy” that was El Salvador, teenagers as young as 13 were scooped up in sweeps of slums and refugee camps and forced to become soldiers. They were indoctrinated with rituals adopted from the Nazi SS, including brutalization and rape, to prepare them for killings that often had sexual and satanic overtones. According to one deserter, draftees were made to kill dogs and vultures by biting their throats and twisting off their heads, and had to watch as soldiers tortured and killed suspected dissidents tearing out their fingernails, cutting off their heads, chopping their bodies to pieces and playing with the dismembered arms for fun.

The results of Salvadoran military training are graphically described in the Jesuit journal America by Daniel Santiago, a Catholic priest working in El Salvador. He tells of a peasant woman who returned home one day to find her three children, her mother and her sister sitting around a table, each with its own decapitated head placed carefully on the table in front of the body, the hands arranged on top “as if each body was stroking its own head.”

The assassins, from the Salvadoran National Guard, had found it hard to keep the head of an 18-month-old baby in place, so they nailed the hands onto it. A large plastic bowl filled with blood was tastefully displayed in the center of the table.

According to Rev. Santiago, macabre scenes of this kind weren’t uncommon,

“People are not just killed by death squads in El Salvador— they are decapitated and then their heads are placed on pikes and used to dot the landscape. Men are not just disemboweled by the Salvadoran Treasury Police; their severed genitalia are stuffed into their mouths.

Salvadoran women are not just raped by the National Guard; their wombs are cut from their bodies and used to cover their faces. It is not enough to kill children; they are dragged over barbed wire until the flesh falls from their bones, while parents are forced to watch.”

Rev. Santiago goes on to point out that violence of this sort greatly increased when the Church began forming peasant associations and self-help groups in an attempt to organize the poor.

By and large, the USA’s approach in El Salvador was “successful”. The popular organizations were decimated. Tens of thousands were slaughtered and more than a million become refugees.

This is one of the most sordid episodes in US history—and it’s got a lot of competition. 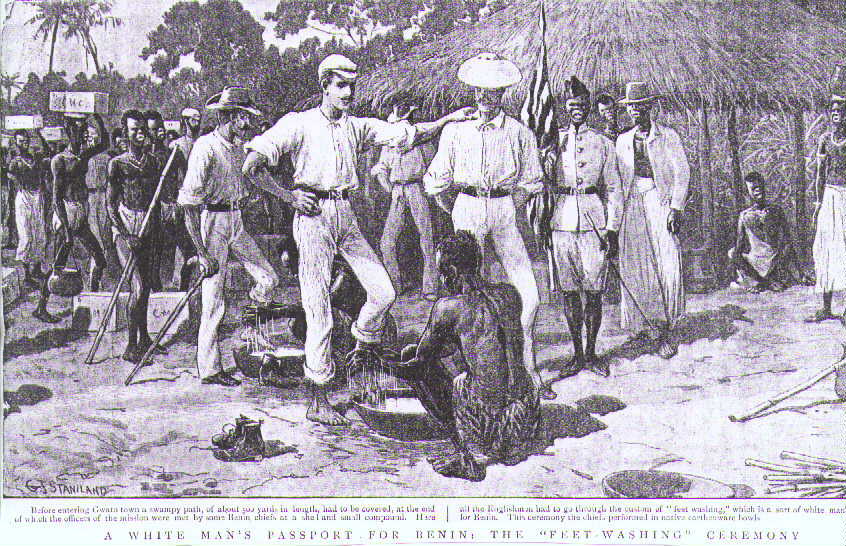