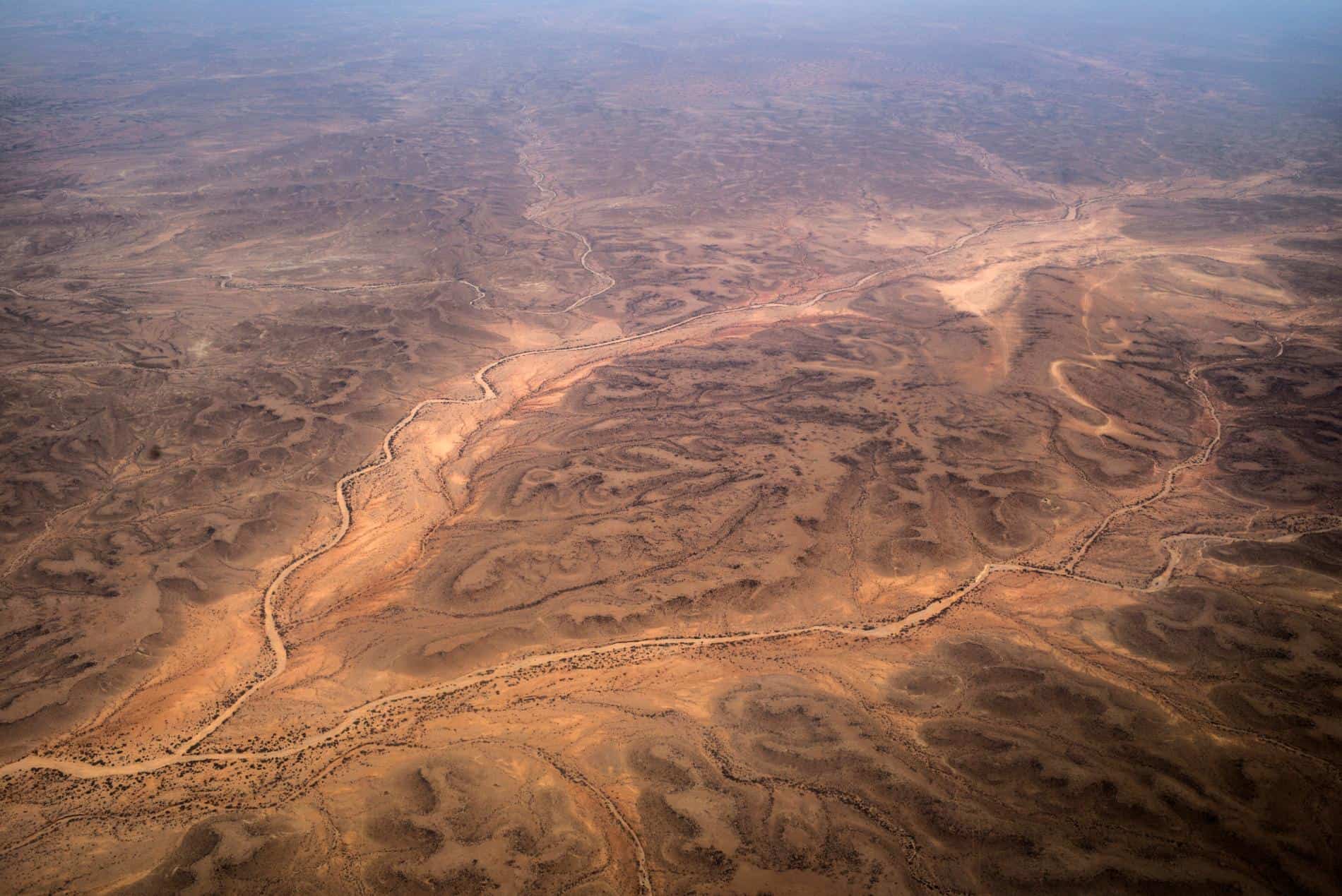 An alarming famine is gripping Somalia as the result of a drought experienced over the last few months. With the people receiving little international aid coupled with the country’s lack of infrastructure (decimated by foreign intervention and long civil wars), the situation is critical with a huge number of lives at risk.

On Sunday the Somalian government announced the death of 110 people who had died from a single region in the space of 48 hours from starvation and drought-related illness. There are estimates that nearly 3 million people in Somalia are in need of emergency assistance. If no rain arrives this month there are fears mass starvation will result. More than half the country’s population of close to 11 million are in need of food assistance.

In 2011, more than a quarter of a million people died during another famine.

An aerial view shows the dried up landscape in Puntland. [Source: National Geographic] Money is needed in Somalia and quickly at that. In addition to drought and famine, diseases, such as cholera and measles are beginning to spread. The International Organization for Migration has warned that if “action is not taken immediately, early warning signals point towards a growing humanitarian crisis in Somalia of potentially catastrophic proportions.”

There is an acute lack of water, with close to little food aid. People with young children are forced to walk over 160 kilometers in search of food, water and sanctuary. Not having a proper meal for 10 days is normal for a large number of the population. Sahro Mohamed Mumin holds her two-year-old son, Abdulrahman Mahamud, inside the health clinic in the Shada IDP camp. Abdulrahman was diagnosed with pneumonia and his brother Abullahi with bronchitis. Both also suffer from severe malnutrition. The family traveled for nearly 100 miles to reach the camp after they lost all their livestock. [Source: National Geographic]

Famine is officially declared when the United Nations determines that 20 percent of households can’t cope with food shortage, acute malnutrition exceeds 30 percent, and the death toll rises beyond two people per every 10,000. All of these boxes were checked in 2011. That drought, called the worst in 60 years, also hit Kenya and Ethiopia. But those two countries avoided the crisis by feeding their citizens from food aid and reserves. In Somalia, years of war have worn down the infrastructure and response systems with no stockpiles to draw from. Severely malnourished 17-month-old Mohamed lies inside the Garowe General Hospital. More than 300,000 children under the age of five are malnourished. [Source: National Geographic] In the far north of Somalia, three years with little rain has had increasingly disastrous effects for a population reliant on the land. The parched earth has failed to produce food for the camels and goats that the people depend on for their income, meat, and milk for their children. Local leaders in Puntland estimate the pastoralists have already lost 65 percent of their animals. While the men accompany the remaining livestock in the hunt for grazing land, the women and children are migrating towards towns on main roads in search of alternative sources of food. A newly dug grave lies at the edge of a cemetery after at least 20 people died from a water illness in the past two weeks inside Shabelle IDP camp in Garowe, one of Somalia’s largest cities. [Source: National Geographic] The shelters of nearly 400 pastoralist families, who have lost a majority of their livestock due to drought have set up camp along the road in search of food and water in Puntland, northern Somalia [Source: Al-Jazeera] The world has done little to help the plight of the people of Somalia. Despite Somalia having close to all of its population as Muslims, the leaders of the Muslim nations are once again doing close to nothing.

This should reiterate to us, as Muslims, the acute need – on top of the individual acts of making du’aa, giving charity and raising awareness – to focus our collective efforts on the political solutions to what are at end political root problems.

The empires of old and the capitalist nation states that have replaced them have wreaked havoc in Africa for centuries, decimating populations, destroying people’s lives and stealing their resources. They are ever eager to exploit the resources of countries in Africa; yet when disasters like this arrive, do little to help.

As Muslims we must ask ourselves how we can genuinely help to improve the infrastructure of the Muslim world, and build capacity to allocate resources in an effective and strategic manner to genuinely help in disasters like these. Ultimately, the Islamic prescription for these sorts of disasters starts with the management of the ummah’s affairs in the way prescribed by Allah (swt). Islam’s economic framework comes with distributive measures and powers in the hands of the Caliph that help alleviate these sorts of situations in ways that have historically been seen. Whether at the time of Umar (RA) or in later famines during the Ottomans, Muslims have faced similar catastrophes that have ably been dealt with.

We ask Allah ﷻ to alleviate the plight of the Muslims in Somalia, to grant them relief, solace and send down His Mercy from the heavens through rain in abundance.

Please make du’aa for the people in Somalia in the last third of the night and other such emphasized times.

“…Ask forgiveness from your Lord; Verily, He is Oft-Forgiving; He will send rain to you in abundance.” (Surah Nuh, 10-11) 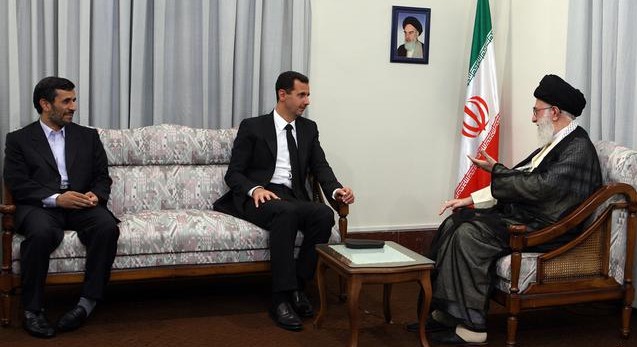 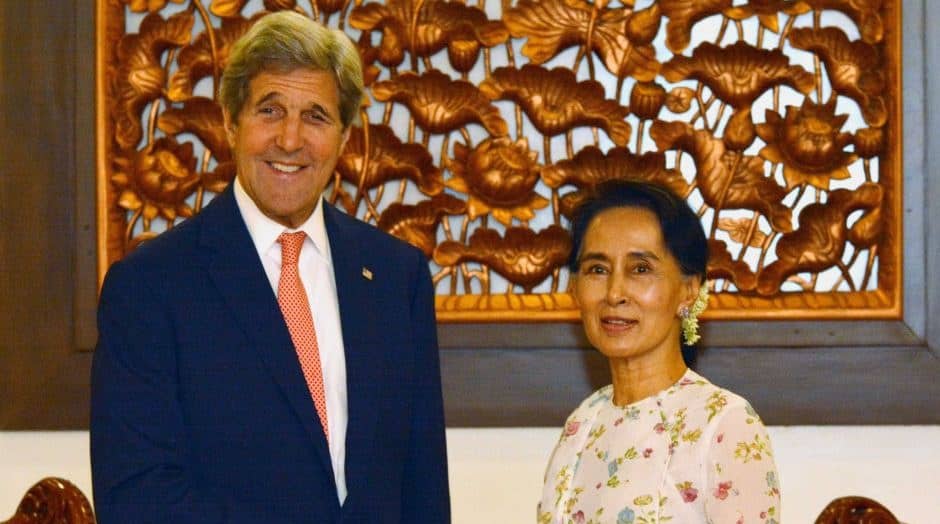