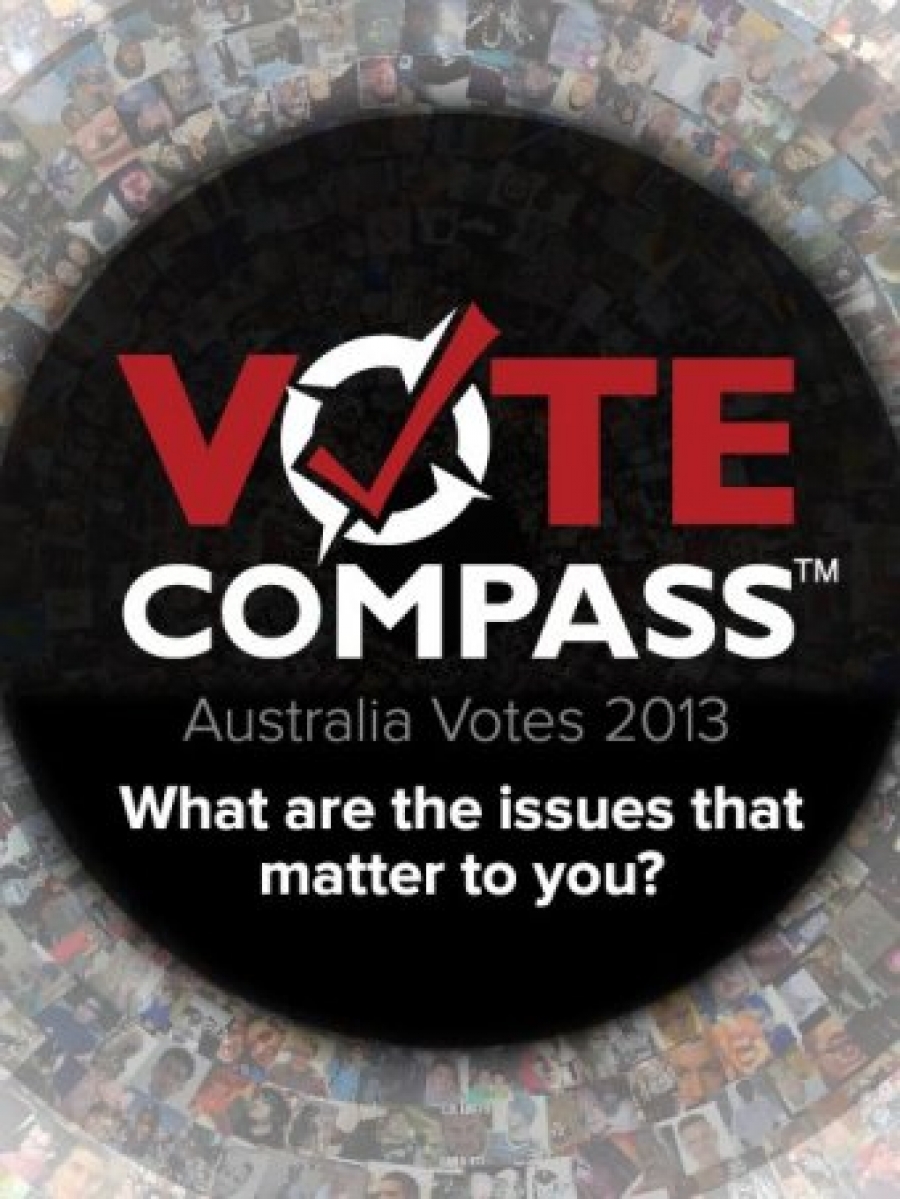 The way forward for Muslims is in fostering an independent, unique, role model community

Saturday, 07 September 2013, marks the day for the Australian federal election. As always the election campaign has seen all political parties try to win the Muslim vote. Foreign Minister Bob Carr, fresh from criminalising material support for the Islamic resistance in Syria and legitimising the secular coup of al-Sisi in Egypt, spent Eid courting the Muslim vote at major mosques in Sydney. Opposition Leader Tony Abbott, the permanent friend of “Israel”, did the same through iftars with imams during Ramadan.

Both sides of politics, Labor and Liberal alike, are well-known for their attacks and demonisation of Islam and Muslims and both support domestic and foreign policies against Islam. When election time arrives they posture as if they are our closest friends! They seek to fool the believers but it is only themselves they fool!

As for the Islamic ruling, the secular democratic ruling system is an un-Islamic system and participation in any aspect of it which entails haram is itself haram [prohibited]. Thus partaking in ruling or legislation is prohibited for it entails involvement in ruling by other than what Allah (swt) has revealed. Allah (swt) says,

{وَمَنْ لَمْ يَحْكُمْ بِمَا أَنْزَلَ اللَّهُ فَأُولَئِكَ هُمُ الظَّالِمُونَ}
“And whosoever does not rule by what Allah has revealed, they are the oppressors.” (al-Ma’idah: 45)

As for voting, it is to select one or more options from a list of possibilities and thus in origin is permissible [mubah]. This permissibility, however, is dependent on the selected options being permissible. If they are prohibited, the voting itself would carry the same ruling. Voting among friends, for example, on whether to have tea or coffee is permissible, whereas voting on who will lead a planned robbery is prohibited. The reality of the secular political system is that people vote for a person or party who will rule, invariably, by other than Islam – an act definitively prohibited. In turn, voting for such an outcome is itself prohibited.

Electing someone is also a form of agency [wakalah] whereby the elected person acts on behalf of those electing him. It is part of the conditions of agency in Islam that the action being contracted upon is a permissible matter; otherwise the agency is invalid and impermissible. Thus, to vote for candidates from secular political parties is prohibited because the election is not just for a person but also for a manifesto that contradicts Islam in many of its details. Further, as is well-known in Western political thought, the vote represents the transfer of sovereignty from the people to their representatives who will exercise it on their behalf. This presumes the idea that the people are sovereign which contradicts the Islamic position that sovereignty belongs to Allah (swt) alone.

It is incorrect to argue that we must participate in the secular political order to gain certain benefits for the community. It is true that by tactical voting we may affect legislation in our favour, secure some funding, or facilitate the establishment of Islamic schools, masajid, and the like. However, benefit is not the criterion for action in Islam. The criterion for action is the halal and haram as stipulated by the Shari’ah, and our true benefit lies in adhering to the Shari’ah. When we undertake actions as Muslims, our first consideration is not for benefit or harm. Rather, it is whether the action is permitted or prohibited, and if it is prohibited, no amount of benefit can make it permissible.

As for the political realities that deserve consideration, we need to understand the reality of the democratic system and learn from the experiences of those Muslims in Europe and America who have gone down the path of participation. In the recent past Muslims were asked to vote for the likes of George Bush, Tony Blair and Barack Obama, only to painfully witness, in each and every case, them unleashing their destructive policies against Islam and Muslims once elected. After many years of participation, what have these communities gained? They still suffer constant attacks and propaganda, closures of masajid, difficulties in opening new centres, constant and unjustified surveillance by intelligence agencies and the like.

The reality is that the system we are being asked to participate in is inherently flawed and morally bankrupt. Modern Western liberal democracies represent systems that essentially serve the economic elite at the expense of the common man. Lobbying and corruption pollute the governance process. Politicians and political parties are predominantly corrupt, incompetent and self-serving. Democracy, thus, is little more than an illusion and voting is overrated as people’s votes do not make any significant difference to major policy areas.

In the Muslim World the parliaments are filled with Muslim MPs yet the situation for Islam and Muslims in these countries is beyond dismal. Yet we think that by electing a few Muslim or Muslim-friendly MPs into parliament we will achieve change? We have already seen that the handful of Muslim MPs in parliaments in the UK and as well here in Australia have left Islam at the door of the parliament and in many instances taken the side of their political party even when it conflicts with the position of Islam or the interests of the community. Muslim MP’s in Britain recently voting for gay marriages is but one of many examples to be cited!

In reality, the nominal benefits we may gain by participating in the secular political process only come at the cost of lowering ourselves to playing a corrupt system, thereby legitimising it and the policies of those we vote for, many of which are un-Islamic and some of which are directly responsible for the blood of our brothers and sisters overseas. It is not befitting for Muslims to partake in such a system!

{وَلَا تَرْكَنُوا إِلَى الَّذِينَ ظَلَمُوا فَتَمَسَّكُمُ النَّارُ وَمَا لَكُمْ مِنْ دُونِ اللَّهِ مِنْ أَوْلِيَاءَ ثُمَّ لَا تُنْصَرُونَ}
“And do not incline towards those who do wrong, lest the Fire seize you, and you have no supporters other than Allah, then you shall not be helped.” (Hud: 113)

Having clarified the above we should be clear that not participating in the system does not translate to ‘isolation’ or not doing anything. We should, indeed we must, be politically active but on the basis on Islam. Islam defines in clear detail a unique and transcendent form of activism – one where principles are not compromised, objectives are not abandoned and methods are permanently elevated.

One of the primary lessons from the da’wah of the Prophet Muhammad (saw) in Makkah is the importance of grassroots activism – a unique form of activism that positively challenges anything that contradicts it, endeavouring at the same time to construct a sublime alternative. It was precisely this approach that allowed the Prophet (saw) to define independently, through revelation, his objectives and mode of engagement. Accepting to work within the parameters of the established political order is accepting to define one’s objectives, principles and mode of engagement within the realm of acceptability defined by this order. In fact, convincing the Muslim community to engage in the established political order is the central plank of every government’s assimilation agenda.

Thus, we must engage at all levels of society, but on our terms and objectives, defined exclusively by Islam. We must work towards fostering a united, independent and strong community that can engage in positive principled ways and is a role model in society.

The importance of unity is self-evident, for unity means strength ideologically, economically and politically. In this regard, involvement in secular party politics is unhealthy as calls to join or support Labor, Liberal, the Greens or others would divide our community along party lines, creating bitterness and discord.

Independence of the community and its institutions is also vital. This independence is, more often than not, compromised when we rely on government and its funding. Most of this funding comes with implicit or explicit strings attached, which hold those who take it hostage to complying with the government’s agenda. It makes one think twice before speaking out against the government even in those areas where we must speak out, such as its oppressive foreign policy. Funding has been taken to new heights recently with the enlisting of Islamic organisations and sheikhs to teach a “moderate” version of Islam aimed at “de-radicalising” the community on behalf of the government. The same applies to political participation: the more you become entrenched in the system, the more you become hostage to its secular liberal framework and to the agenda of those who hold power.

As for the important question of how we can build masajid, new centres, schools, facilitate halal food, finance and the like without participating in electoral politics, we need to appreciate that most of these needs are our rights as citizens, not favours or luxuries and political participation is not a condition for realising one’s rights. The reality is that in most Western nations the vast majority of the public do not vote and are quite apathetic towards the entire political system. Yet this does not mean that they lose their basic rights as citizens! Thus what we really need to do is to claim our rights firmly, in word and deed, and this can be done better outside the system than within it. As to those demands which are beyond basic rights, they can be achieved through private community enterprise. In this respect, our record speaks for itself: the community has built numerous masajid, schools, centres and halal-food outlets with its own funds and tireless effort without help from the government.

As a strong and independent community – the most valuable asset of which is its sincere, principled and diligent men, woman and youth – we can move forward to engage and to act on key areas locally and globally.

With respect to global considerations, we need to challenge western foreign policy and the role of the Australian Government in this. We need to voice our opposition to the policies which lead to the oppression and killing of Muslims in the Muslim World; and we need to support the global work for the re-establishment of the Khilafah, which is the necessary means and the only solution to deal with the myriad of problems we face globally.

With respect to local considerations, we need to build independent institutions that promote Islamic values and produce strong Islamic personalities, respond to anti-Islam propaganda and make da’wah to the wider society. A brief look at the reality around us reveals a society with many problems and wide social discontent. The Muslim community should aim at becoming the glitter amongst the worn particles, a ray of light that attracts those people of Australia who are sincere, open-minded and long for tranquility, contentment and real solutions. This is by exemplifying the pristine values of Islam and carrying the much needed da’wah, in word and deed, to the wider society.

O Muslims! You are the best nation brought forth for mankind. It does not befit you to merely be reactionary in accepting the status quo and simply working for the nominal benefits it affords. Rather, we must be pro-active in setting and working for our own agenda based on Islam alone. The more we give in to the system and the reality as it is, the more we will find ourselves falling into pragmatic compromises. We inadvertently begin changing Islam to suit the reality, a matter that attracts the displeasure of Allah, instead of the changing reality to bring it in accordance with Islam, wherein lies His pleasure.

“O you who believe, respond to Allah and His Messenger when He calls you to that which will give you life!” (al-Anfal:24) 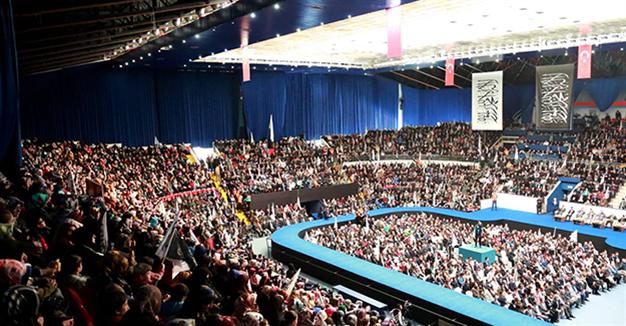 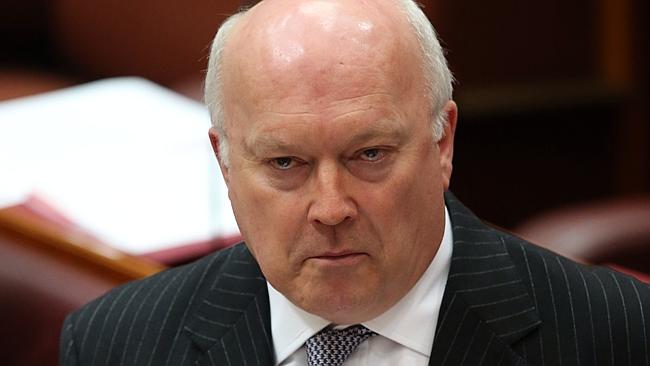