Recently a Saudi TV presenter, Nadine Albudair, posted a controversial tweet in which she called for women to lead prayers and stand side by side with men. She wrote, “It’s from religious progression to stand in prayer with men, or in front of them, not behind them in the back rows. Islam is a religion of equality.”

Around the same time, a Muslim sister attending what she calls “one of the most liberal universities in the West” published an article on The Muslimah Diaries describing how the Muslim Students’ Association (MSA) at her university had caused her to doubt her faith. Amongst the debates that she had engaged in at the MSA was the topic of women delivering khutbahs and leading prayers. She describes her “hardest experience” as being labelled an “internally oppressed” Muslim woman because she chose to pray behind men when her MSA “implemented gender adjacent Jummah prayers”.

These debates are nothing new and are only part of a wider debate surrounding Muslim women. These debates are usually framed in a manner that portrays the Muslim woman as subjugated because of her adherence to certain aspects of Islam – aspects that the West deems oppressive and “regressive”. The problem with such depictions of the Muslim woman, even when coming from certain circles of Muslims, is that they play right into the ideological western narrative about Muslims and thus further marginalises the whole community – in particular Muslim women themselves.

Those claiming to be calling for Muslim women’s liberation by ostensibly calling out “regressive” Islamic practices often do so under the label of feminism. Yet, ironically, a broader acquaintance with feminist scholarship, in fact, demonstrates how such “liberatory politics” is in fact based on an uncritical acceptance and repetition of a Western reading of gender and social dynamics.

Feminism, although intended to liberate the woman, can be used, knowingly or otherwise, against the liberty of female minorities, for example, Muslim women.

Such politics takes the liberal Western notion of the “free woman” for granted and applies it as a universal standard to judge notions of the female in all other cultures. In the scenarios cited above, it seems those calling for women to lead prayers are doing so under the assumption that men and women should share leadership roles in all social activities equally. Only men being allowed to lead prayers somehow implies a universal domination of women by men in all spheres of life. The problems with such an assumption are far too many. But it suffices to simply quote feminist author Bella Zweig, who cites a number of other scholars to highlight the Western bias in such assumptions:

To counter the frequent use of a priori notions of dominance and subordination, Schlegel (1977a: 355) notes that in no society, however asymmetrical the roles between women and men may be, does one gender have complete domination or control over the other. Rather, spheres of activity are divided between the two genders in such a way that each has a primary control over certain activities. Furthermore, Sanday (1981: 113) notes that it is Western bias that equates dominance with public leadership, and Moore (1988: 134) expresses the need to differentiate between notions of power and authority. Hierarchization of areas of activity, reflecting the tendency to view one’s topic within a dominating/subordinate polarity, obscures the nature of women’s activity, and the actual power, prestige, or authority women may derive from it.

Even the demeaning and condescending assumption of Muslim women being “internally oppressed” comes from a liberal notion of agency, which can only appreciate the ability of Muslim women to make a free choice if their choices accord with liberal standards. Otherwise, their choice is not really a “choice”, rather an internalisation of their own oppression.

That is why, in relation the West’s reaction to Muslim women’s “choice” of wearing a veil, Slavoj Žižek says:

A choice is always a meta-choice, a choice of the modality of the choice itself: it is only the woman who does not choose to wear a veil that effectively chooses a choice.

Once again, a number of feminist theorists have problematised such a liberal notion of agency which, when it comes to Muslim women, is only read in terms of their resistance to forces of domination. There is an alternative notion of agency which acknowledges that agency is “always informed by social contexts.” As Anna C. Korteweg explains:

The distinction here is between seeing agency solely as resistance, which captures actions that explicitly aim to undermine hegemony, and embedded agency, which captures practices that do not have this explicit aim, yet still reflect active engagement in shaping one’s life. The notion of embedded agency allows for a richer sense of how practices of domination and subordination, such as those associated with religion, structure the subjectivity underlying the capacity to act (Mihelich and Storrs 2003). By seeing agency as potentially embedded in social forces like religion, which are typically construed as limiting agentic behavior, the capacity to act is not contingent on adopting liberal “free will” and “free choice” approaches to subjectivity (see also Ahearn 2000; Mihelich and Storrs 2003; Ortner 2001).

There is so much more that can be and has been said about these issues and the above brief excerpts do not do justice to the topic. However, the intent here is merely to join the chorus in pointing out how those calling for Muslim women’s liberation often oversimplify a complex issue and totally ignore how conceptualisations of gender are inseparable from the cultural context in which it arises. By reading Islam through preconceived Western categories, they completely misinterpret the Islamic position on women. A deep, scholarly reading of Islamic texts and practices no doubt shows that the female is accorded the same value and esteem by Allah (swt) as the male, if not more in some instances. Islam has its own distinct, internal and indeed divinely revealed gender dynamics that don’t need to be justified through alternate paradigms. 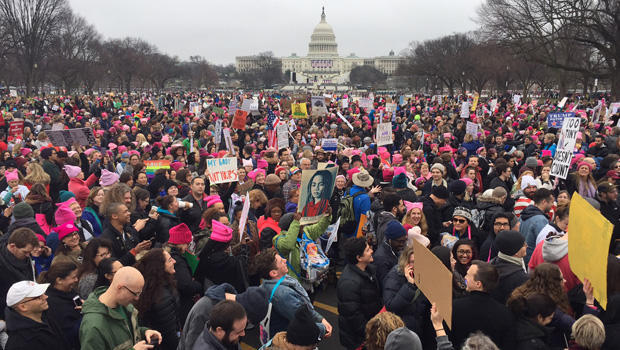 The dominant liberal notion of agency implies that women are only truly free to if they make decisions that accord with liberal standards. To such a standard, a Muslim woman would be rarely, if ever, free.

This is not to say that problems do not exist in Muslim communities in relation to the oppression of women. These are serious issues that deserve sincere and earnest efforts to understand and deal with. However, merely parroting existing problematic western narratives about “the oppressed Muslim woman” only serves to create more problems than solve them.